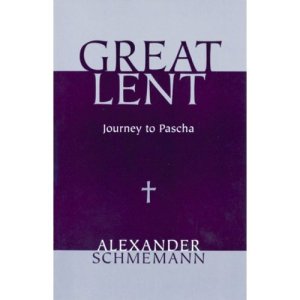 This year was my first Forgiveness Sunday experience. I have to say this is by far one of my most favorite parts of the church calendar (and there are some really neat Orthodox services that are mighty cool). Since the previous Sunday we said good-bye to meat (aka Meat-fare Sunday), Forgiveness Sunday is also known as Cheese-fare Sunday. You guessed it…we say good-bye to cheese and dairy products. Needless to say, we all pretty much gorged ourselves on our last dairy/cheese meal before starting Lent the very next day. Forgiveness Sunday (Cheese-Fare) was commemorated on March 13th this year with Lent officially beginning on March 14th. The Church Fathers were on to something. They knew that we needed to ease in to Lent, which pretty much consists of no meat, no wine, no oil, and no animal by-products. The idea is to refrain from rich, festive foods, which is why TBF and I also try to remove as much sugar as possible. I have come to realize that many Orthodox Christians continue to eat sugar-laden lots of stuff, which doesn’t really make too much sense; I guess this is part of me needing to be less judgmental…I talked about that in my post on the Last Judgment! I need to really work on this.

After Divine Liturgy and after our Cheese-fare coffee hour, we congregated in the church. There is an organized process beginning with the priest, in which case it was Father Bill, and we began seeking forgiveness from everyone present. It truly was an awe-inspiring experience.

I am continuing to use Father Alexander Schmemann’s book entitled Great Lent: Journey to Pascha as my guide for further understanding our orthodox traditions. Fr. Schmemann points out that the liturgical name for Forgiveness Sunday is the “Expulsion of Adam from the Paradise of Bliss.” As Adam turned away from God through sin, we enter into the Lenten Season seeking forgiveness and turning away from our sins. “Lent is the liberation of our enslavement to sin, from the prison of ‘this world”‘ (page 28).

Matthew 6:14-21 is really broken up into parts. The first of which is forgiveness and forgiving others. The second part is fasting. It is important to note that Jesus Christ talks about when we fast, not if we fast. As a former protestant, I really don’t recall the routine practice of fasting by any of the dozens and dozens of denominations and congregations I have participated in. True, there were individuals that would fast for a cause. There were ministers and preachers that would fast for 3, 7, 10, 21, or 40 days for some random thing–or even Protestant Lent where one identified thing was given up during this season. The fasts would look totally different–such as a full fast from water and food (3 days only); fasting from all food but only water; the Daniel fast (21 day vegan, no processed anything, no sugar, etc); and more that I am sure I am not including here. But there was never any consistency to Protestant fasting (I mean to say that there wasn’t a routine fast that occurred every single year for the same reasons and so forth). Fasting may have been taught among various congregations but by and large it wasn’t a routine practice that was shared by the entire Protestant church body around the world (or even within the same denominational congregations). This is a real difference among Orthodox Christians that I have observed.

It is important that we are not showing off when we fast as the Scripture specifically talks about doing this in secret. This is tricky for me. One is because I know that everyone in my church circle is fasting, because we are all observing it together. However, if Orthodox believers choose not to participate in the fast, that is ok. There are reasons such as pregnancy, illness, travel, nursing mothers, and so forth. The other tricky thing about fasting being secretive is because everything in American culture revolves around food. So for many of mine and TBF’s immediate family and other close friends that are not Orthodox Christian we have to share our fasting during our Lenten season because otherwise it may become offensive. Protestant and Roman Catholic Easter  is coming up this weekend and when we get together for meals with non-orthodox TBF and I really don’t want to push our fasting choice off on our loved ones. However, I have told my mom, step-dad, sister, brother-in-law, etc, because it is just easier. I spend a lot of time with them and I want them to know that I am participating in Orthodox fast and this is what TBF and I are doing just so they don’t think we are crazy when we may not eat a particular dish at family holidays, birthdays, and so on. That’s not to say that if there is nothing else on the menu, we will be eating seafood when we dine out for Easter this weekend. We don’t want to be an imposition, either. We have to remember why we are fasting. One central theme for fasting is showing others love. If I am going to offend my mom by not eating her meat-laden meal, then I may offend her and this wouldn’t be showing love. So this example is one in which I use to show why I tell my mom (and a small group of others) that I am fasting during Lent.

Ok…back to the book…During Forgiveness Sunday we acknowledge that we are afflicted in our sins and that we want and desire to turn back to God.

“We will have to wander forty days through the desert of Lent. Yet at the end shines already the light of Easter, the light of the kingdom” (Fr. Schmemann, page 30). Jesus Christ’s resurrection is our light and we spend our time during Lent wandering through the darkness, seeking how we can repent, turn away from our passions, our lusts, and our darkness….we turn back to God, the creator and bestower of life. Praise be to God for this Lenten Journey!

What are your desires during this season of Lent?

How have you began the steps of turning toward God and turning away from the passions of the flesh?